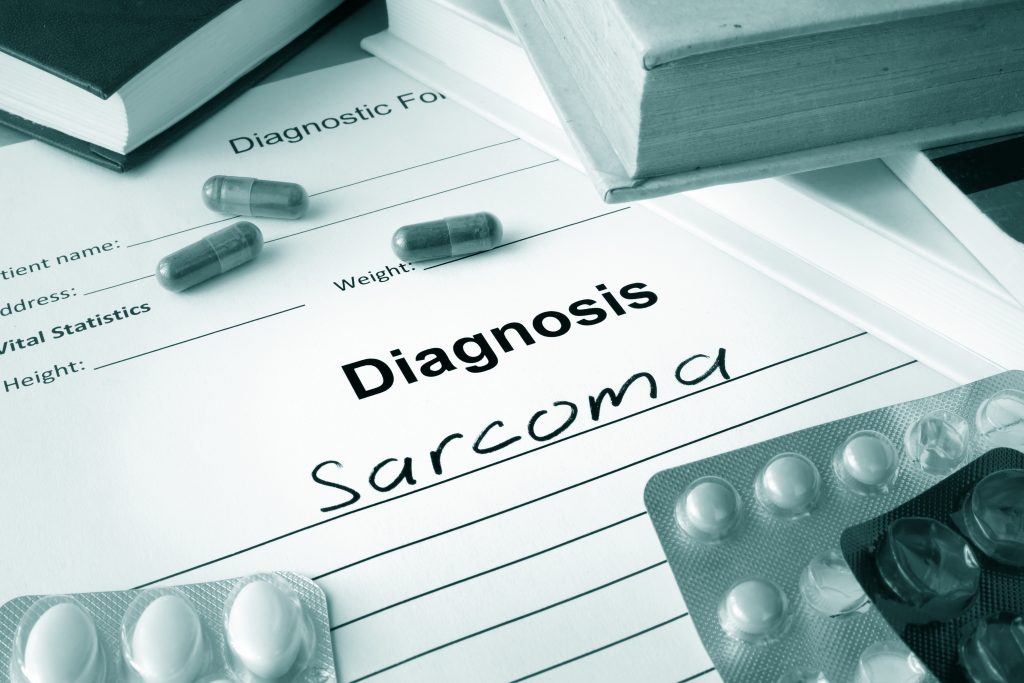 Sarcoma is a rare type of cancer affecting the body’s connective tissues. Our connective tissues include blood vessels, nerves, bones, muscles, deep skin tissues, cartilage and fat. The term sarcoma means ‘fleshy growth’ and about forty percent of sarcoma cancer cells occur in the legs. About fifteen percent of childhood cancers are sarcoma.

The exact cause of this disease is still unknown though some risk factors have been associated with the development of sarcoma cells. You have a greater chance of developing sarcoma if:

Because it is a rare disease, screenings for this type of cancer are not typically given as part of routine wellness exams. However, genetic testing is available and recommended for people who have a family history of sarcomas or certain inherited disorders, as well as for those who had childhood cancer or a history of cancer during younger adult years.

For those who do not qualify for genetic testing, early sarcoma detection is often in the hands of the patient because the best way to detect sarcoma is by notifying your doctor of symptoms such as:

Treatment for sarcoma is standard as far as cancer treatments go. Radiation, chemotherapy, surgery and targeted therapy are the main types of treatment options, though clinical trials and alternative therapies are also sometimes used.

Like with any type of cancer, the chances of surviving increase with early detection. The overall five-year survival rate for people with soft tissue sarcomas is around 50 percent, according to the National Cancer Institute. However, that rate increases to 83 percent in people with localized soft tissue sarcoma, which means the cancer was found and treated before it spread to other areas of the body. The survival rates drop dramatically as the cancer spreads, only 54 percent of patients survive after the disease has regionalized, or spread to nearby lymph nodes or tissues; and a mere 16 percent of people survive after sarcoma has metastasized to distant areas of the body.

July is Sarcoma Awareness Month. If you have a family or personal history of cancer and feel you could be at risk, or if you think you are displaying symptoms, please contact Elite Care to schedule an appointment.